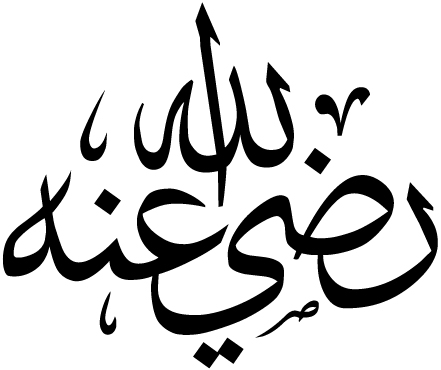 At Shaykhan, halfway between Madinah and Uhud, the thousand strong Muslim army led by the Prophet stopped. The sun had begun to sink beneath the horizon. The Prophet dismounted from his horse Sakb. He was fully dressed for battle. A turban was wound about his helmet. He wore a breastplate beneath which was a coat of mail which was fastened with a leather sword belt. A shield was slung across his back and his sword hung from his side. As the sun set, Bilal called the adhaan and they prayed. The Prophet then reviewed his troops once more and it was then that he noticed in their midst the presence of eight boys who despite their age were hoping to take part in the battle. Among them were Zayd’s son Usaamah and Umar’s son ‘Abdullah, both only thirteen years old. The Prophet ordered them all to return home immediately. Two of the boys however demonstrated that they were able fighters and were allowed to accompany the army to the Battle of Uhud while the others were sent back to their families. From an early age, ‘Abdullah ibn ‘Umar thus demonstrated his keenness to be associated with the Prophet in all his undertakings. He had accepted Islaam before he was ten years old and had made the Hijrah with his father and his sister, Hafsah, who was later to become a wife of the Prophet. Before Uhud he was also turned away from the Battle of Badr and it was not until the Battle of the Ditch the he and Usaamah, both now fifteen years old and others of their age were allowed to join the ranks of the men not only for the digging of the trench but for the battle when it came. From the time of his hijrah till the time of his death more than seventy years later, ‘Abdullah ibn ‘Umar distinguished himself in the service of Islaam and was regarded among Muslims as,

“The Good One, son of the Good One”, according to Abu Musa al-Ashari.

He was known for his knowledge, his humility, his generosity, his piety, his truthfulness, his incorruptibility and his constancy in acts of ‘Ibaadah (worship). From his great and illustrious father, ‘Umar, he learnt a great deal and both he and his father had the benefit of learning from the greatest teacher of all, Muhammad the Messenger of God. ‘Abdullah would observe and scrutinize closely every saying and action of the Prophet in various situations and he would practise what he observed closely and with devotion. For example, if ‘Abdullah saw the Prophet performing Salat in a particular place, he would later pray in the same place. If he saw the Prophet making a supplication while standing, he would also make a du’a while standing. If he saw him making a du’a while sitting, he would do the same. On a journey if he saw the Prophet descend from his camel at a particular place and pray two rak’ats, and he had occasion to pass on the same route, he would stop at the same place and pray two rak’ats. In a particular place in Makkah, he once observed the Prophet’s camel making two complete turns before he dismounted and prayed two rak’ats. It might be that the camel did that involuntarily but ‘Abdullah ibn ‘Umar when he happened to be in the same place at another time, made his camel complete two turns before making it kneel and dismounting. He then prayed two rak’ats in precisely the same manner as he had seen the Prophet do. Aa’ishah, may God be pleased with her, noticed this devotion of ‘Abdullah to the Prophet and remarked,

“There was no one who followed the footsteps of the Prophet, may God bless him and grant him peace, in the places where he alighted as did Ibn Umar.”

In spite of his close observance of the Prophet’s actions, Abdullah was extremely cautious, even afraid, of reporting the sayings of the Prophet. He would only relate a hadith if he was completely sure that he remembered every word of it. One of his contemporaries said,

“Among the companions of the Prophet, no one was more cautious about adding to or subtracting from the hadith of the Prophet than ‘Abdullah ibn ‘Umar.”

Similarly he was extremely cautious and reluctant to make legal judgments (Fatwas). Once someone came to him asking for a judgment on a particular matter and ‘Abdullah ibn ‘Umar replied,

“I have no knowledge of what you ask.”

The man went on his way and ‘Abdullah clapped his hands in glee and said to himself,

“The son of ‘Umar was asked about what he does not know and he said: I do not know.”

Because of this attitude he was reluctant to be a qaadhi (judge) even though he was well qualified to be one. The position of qaadhi was one of the most important and esteemed offices in the Muslim society and state bringing with it honor, glory and even riches but he declined this position when it was offered him by the Khalifah ‘Uthmaan. His reason for so doing was not that he underestimated the importance of the position of qaadhi but because of his fear of committing errors of judgment in matters pertaining to Islaam. ‘Uthman made him agree not to disclose his decision lest it might influence the many other companions of the Prophet who actually performed the duties of judges and jurist consults. ‘Abdullah ibn ‘Umar was once described as the “brother of the night”. He would stay up at night performing Salat, weeping and seeking God’s forgiveness and reading Qur’aan. To his sister, Hafsah, the Prophet once said, “What a blessed man is ‘Abdullah. Should he perform Salat at night he would be blessed even more.” From that day, ‘Abdullah did not abandon Qiyaamul-Layl whether at home or on journeys. In the stillness of the nights, he would remember God much, perform Salat and read the Qur’aan and weep. Like his father, tears came readily to his eyes especially when he heard the warning verses of the Quran. ‘Ubayd ibn ‘Umayr has related that one day he read these verses to Abdullah ibn Umar, “How then (will the sinners fare on Judgment Day) when We shall bring forward witnesses from within every community and bring you (O Prophet) as witness against them? Those who were bent on denying the truth and paid no heed to the Apostle will on that Day wish that the earth would swallow them but they shall not (be able to) conceal from God anything that has happened.” (Surah an-Nisa, [4]:41-42). ‘Abdullah cried on listening to these verses until his beard was moist with tears. One day, he was sitting among some close friends and he read, “Woe unto those who give short measure, those who, when they are to receive their due from people, demand that it be given in full but when they have to measure or weigh whatever they owe to others, give less than what is due. Do they not know that they are bound to be raised from the dead (and called to account) on an awesome Day, the Day when all men shall stand before the Sustainer of all the worlds?” (The Qur’aan, Surah al-Mutaffifin, [83]: 1-6). At this point he kept on repeating “the Day when all men shall stand before the Sustainer of all the worlds” over and over again and weeping until he was faint. Piety, simplicity and generosity combined in ‘Abdullah to make him a person who was highly esteemed by the companions and those who came after them. He gave generously and did not mind parting with wealth even if he himself would fall in want as a result. He was a successful and trustworthy trader throughout his life. In addition to this he had a generous stipend from the Bayt al-Mal which he would often spend on the poor and those in need. Ayyoob ibn Wail ar-Rasi recounted one incident of his generosity,

One day ‘Abdullah ibn ‘Umar received four thousand dirhams and a velvet blanket. The following day Ayyub saw him in the market buying fodder for his camel on credit. Ayyoob then went to ‘Abdullah’s family and asked, “Didn’t Abu ‘Abdur-Rahman (meaning ‘Abdullah ibn ‘Umar) receive four thousand dirhams and a blanket yesterday?” “Yes, indeed,” they replied. “But I saw him today in the market buying fodder for his camel and he had no money to pay for it.” “Before nightfall yesterday. he had parted with it all. Then he took the blanket and threw it over his shoulder and went out. When he returned it was not with him. We asked him about it and he said that he had given it to a poor person,” they explained.

‘Abdullah ibn ‘Umar encouraged the feeding and the helping of the poor and the needy. Often when he ate, there were orphans and poor people eating with him. He rebuked his children for treating the rich and ignoring the poor. He once said to them,

“You invite the rich and forsake the poor!”

For ‘Abdullah, wealth was a servant not a master. It was a means towards attaining the necessities of life, not for acquiring luxuries. He was helped in this attitude by his asceticism and simple life-style. One of his friends who came from Khurasan once brought him a fine elegant piece of clothing, “I have brought this thawb for you from Khurasan,” he said. “It would certainly bring coolness to your eyes. I suggest that you take off these coarse clothes you have and put on this beautiful thawb.”

“Show it to me then,” said Abdullah and on touching it he asked, “Is it silk?”

“No, it is cotton,” replied his friend. For a little while, ‘Abdullah was pleased. Then with his right hand he pushed away the thawb and said,

“No! I am afraid for myself. I fear that it shall make arrogant and boastful. And God does not love the arrogant boaster.”

Maymun ibn Mahran relates the following, “I entered the house of Ibn Umar. I estimated everything in his house including his bed, his blanket, his carpet and everything else in it. What I found was not a hundred dirhams’ worth.” That was not because Abdullah ibn Umar was poor. Indeed he was rich. Neither was it because he was a miser for indeed he was generous and liberal.

Share
Previous What’s Next For Israel, Hamas, And Gaza?
Next Romance in Islam