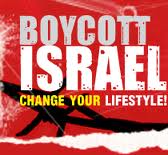 South Africa’s ambassador to Israel, Ismail Coovadia, who completed his term in Tel Aviv last December, has rejected and is returning a “gift” presented to him by the Israeli Ministry of Foreign Affairs.

Below is a press release by BOYCOTT, DIVESTMENT AND SANCTIONS IN SOUTH AFRICA (BDS SOUTH AFRICA) on the “gift” to Coovadia.

The “gift” was a certificate indicating that 18 trees would be planted in honour and in the name of the South African Ambassador by the Israeli parastatal, the Jewish National Fund (JNF). The move by Coovadia is set to add to the already tense relations between Pretoria and Tel Aviv. In a hard hitting letter, Coovadia explains the reasoning for his actions:

“I have recently completed serving my term as the fifth Ambassador of democratic, non-racial South Africa to the State of Israel…regrettably, my permission was not sought [by the JNF nor the Israeli Government] to plant a tree/s in my or the name of the South African Ambassador on usurped land, the rightful land of the Palestinians and Bedouins. I reserve the right to the usage of my name…I have supported the struggle against Apartheid South Africa and now I cannot be a proponent of what I have witnessed in Israel, and that is, a replication of Apartheid!”

The gift ‘Cetificate’ to the former South African ambassador was co-signed by the controversial Israeli parastatal organization, the Jewish National Fund (JNF). The JNF is the subject of a recently released documentary titled “Village Under the Forest” by Emmy-award winning filmmaker, Mark Kaplan and Cape Town based Jewish scholar, Heidi Grunebaum.

The film, explores the role of the Israeli-parastatal, the Jewish National Fund (JNF), in building the “South Africa Forest” over the Israeli-destroyed Palestinian village of Lubya (destroyed by Israeli forces in 1948, during the Palestinian “Nakba”). The JNF is celebrated by Israel and its supporters for its forest building work; however, the JNF is also criticized by human rights activists and experts for its involvement in the Israeli oppression and “ethnic-cleansing” against the indigenous Palestinian people, and specifically the construction of forests above Israeli-destroyed Palestinian villages in an attempt to erase traces of Palestinian life.

In his letter Coovadia writes at length of the Jewish National Fund and the movie, “Village Under the Forest”:

“The racist actions of the Israeli parastatal, the Jewish National Fund, together with various other Israeli state institutions to forcibly remove the Palestinians and Bedouins from their legitimate homes is yet another repeat of the ongoing injustice meted out by the Israeli Defence Forces…I have had the opportunity to visit both, the ‘South Africa Forest’ [built above the village of Lubya] and the ‘Ambassador’s Forest’ [built above the Israeli destroyed Palestinian village of Al-Arakib] in Israel where trees are reportedly planted in the name of South Africa…my queries, to the Israeli Foreign Ministry officials [regarding this], have gone un-answered for over a year.”

“The forced removal by Israel of Lubyans from their place of abode bears all the hallmarks of Apartheid South Africa’s forced removals of the legitimate inhabitants of Sophiatown…I am pleased to be associated with the film ‘Village under the Forest’, a truly objective, honest and a far reaching story that requires national and international viewing… [and which] hopefully, will also inspire other recipients to consider returning [JNF] trees that were planted [in Israel] in their names.”

The Jewish National Fund (JNF), tries to operate as a charity in some countries including South Africa, but is coming under increasing protest by the Palestinian boycott, divestment and sanctions (BDS) against Israel movement for its involvement in the Israeli displacement, forced removals and oppression of the indigenous Palestinian people.

Amidst senseless attacks on Palestinians in Jerusalem, Erdoğan argues Israel is a “terror state” Shaheer …