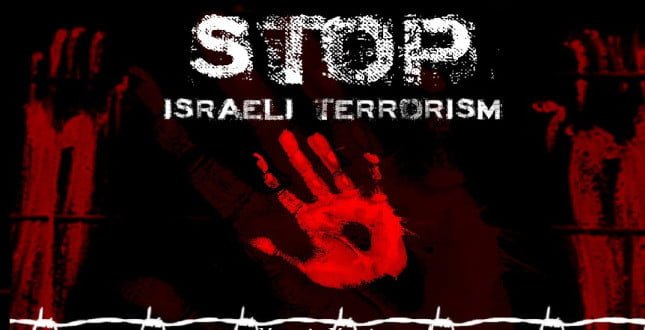 How can a man who was ‘at peace’ with the coldblooded slaughter of refugees, ever rest in peace?

When he visited South Africa earlier this year, a bunch of feisty protestors huddled close to the venue he was speaking in, holding placards – some even having their hands dipped in red paint, symbolic of the bloodletting Shimon Peres stands accused of.

14 years prior, his presence in South Africa for the World Summit on Sustainable Development(WSSD) was likewise the subject of similar disdain. A scheduled address to the South African Institute of International Affairs (SAIIA) was cancelled, whilst another public appearance was overshadowed by vocal demonstrations and a brutal police crackdown on protestors.

During an official visit to Norway in 2014, Peres was also met with widespread political anger and protests over his country’s policies in the Palestinian territories.

In 2010, dozens of pro-Palestinian protesters in South Korea greeted him with cries of “killer”, as he held talks with a counterpart in Seoul.

Last year, the Moroccan Association to Support the Nation’s Causes organized 25 protest vigils throughout the county in protest against a Peres visit.

A 2008 lecture by Peres at Oxford University was also met by spirited resistance.

“There was clapping and stamping of feet and placards banged on the railings to make as much noise as possible, along with the constant “Free, free Palestine” which did not stop for a moment of the hour-long lecture,” recalls a report from the time.

From East to West, it seems wherever Shimon Peres set foot, he inevitably triggered upheavals and resentment for what he represented.

Yet, on the occasion of his demise, and even in the years leading up to it, a determined embellishment campaign has, to a significant extent, succeeded in casting the former Israeli President as somewhat of a sage, and an exemplary man of peace.

“Visionary world statesman, peace activist and inspirational founding father of the State of Israel” are but some of the epithets that have been showered on Peres in the wake of his passing.

“President Peres is of the rare breed of politicians that allowed reason to transform his thinking on the question of Palestinian Statehood,” said an official statement from the South African government, which proceeded to mourn the loss of a “great Statesman and architect of peace.”

Over seven decades, Peres’ trajectory has been intertwined with the fortunes of the Zionist project.

He became the only person to have held five of the most senior posts in the Israeli government: defense minister, finance minister, foreign minister, president and prime minister. He was a member of 12 cabinets and spent a whopping 47 years in Israel’s parliament, the Knesset.

It is inconceivable then, to imagine how a personality so deeply embedded in the woodwork of the Israeli power structure could simultaneously be distant from that construct’s innate racism, militarism and colonialism.

The Shimon Peres ‘brand’ was crafted as a counterbalance to perceptions that Israeli leadership is primarily defined by battle-hardened generals and hawkishness. However, from the inception of his involvement in Israeli politics, Peres shared the same ideals as the hawks, and stood united with the rest of the establishment in his condescending approach towards the Palestinians, effectively rendering the entire hullabaloo about his dovish credentials to be just one elaborate veneer.

Portrait of a war criminal

In 1947, Peres, coming from Poland, joined the Haganah terror gang, the predecessor to the Israel Defense Forces. As early as 1948, this terror group was involved in killing Palestinian civilians, forcibly evicting them from their homes and making them into stateless refugees. The Haganah was officially outlawed by the authorities of the British Mandate after bombing campaigns that targeted several British run installations including bridges and rail lines.

As The Palestinian Campaign for the Academic and Cultural Boycott of Israel (PACBI) noted in 2007, Peres is on record for being responsible for other war crimes, from building colonies on occupied Arab land to endorsing a policy of extra-judicial killings, which murders Palestinians and other Arabs without the benefit of a trial or, in fact, any proof other than that provided by Israeli Intelligence, the Shin Bet. He also supported the lockdown of Gaza, the destruction of its airport, and the elaborate system of checkpoints all across the West Bank. He defends the demolition of Palestinian homes, and is also on record for justifying the retention of land gained during war, claiming that Israel has the right to the Golan Heights because it was gained during war.

It was Peres who introduced nuclear weapons to the Middle East as he played a leading role in secretly purchasing Dimona’s nuclear reactor from France in the mid-1960s. Eventually, Israel utilized the enriched uranium produced at that nuclear plant to produce hundreds of nuclear weapons. It is widely believed that Israel possesses 250-300 nuclear bombs and warheads, along with their delivery systems, a badly kept secret that the Zionist State still continue to prevaricate on.

Israeli commentator Uri Avnery credits Peres with the shameful milestone of creating the first illegal Israeli settlements in the middle of the occupied West Bank, thereby commencing a process that remains of the greatest obstacles to peace in the region.

Under Shimon Peres’s presidency, Israel waged one of its most brutal (of many) wars against the Palestinians in Gaza  (Operation Cast Lead, 2009-10) that killed more than 1,500 people, a majority of them innocent children, women and men. As meticulously documented by scores of human rights observers, hospitals, schools and other civilian infrastructure were not spared.

Peres had defended the brutal siege and collective punishment of Gaza, and in 2014 condoned the killing of four boys playing soccer on the Gazan coast. “It was an area that we warned would be bombed,” he said. “And unfortunately they didn’t take out the children.”

From his years of service to the Zionist project, activists consider as his most infamous ‘feat’, Peres’ role in the Qana massacre in Southern Lebanon in 1996.

Then in his capacity as Prime Minister, Peres ordered the Israeli Air Force to bomb some 800 Lebanese refugees who had sought refuge at a local United Nations Interim Force in Lebanon (UNIFIL) base at the village of Qana.

As a result, as many as 110 women and young children were massacred.

Writes Palestinian journalist Khaled Amayreh of the incident, “the scenes at the site were too horrific to be described in words. Indifferent artillery shells decapitated young children. Dismembered bodies were all over the area. TV networks around the world advised parents not to allow their children under 18 to watch the shocking scenes of pornographic killings in order to safeguard their mental sanity and emotional health.”

Human Rights Watch, the UN and Amnesty International subsequently disproved the myth that the Israeli army did not deliberately intend to shell the UN base.

The U.N. initiated an on-the-ground investigation that concluded error was unlikely: “The pattern of impacts is inconsistent with a normal overshooting of the declared target (the mortar site) by a few rounds, as suggested by the Israeli forces.”

Israeli officials first claimed that they had no idea what was occurring on the ground in Qana. However, the U.N. investigation revealed that “[t]he presence of one helicopter and an RPV was documented on a video tape, which covers the latter part of the shelling. … The RPV on the tape was of a type with a real-time data link capability.” In other words, both human witnesses and electronic observations indicate that officials knew what was going on in Qana. Furthermore, the investigation found that the decision to fire was not made by low-level military personnel, but was sent from Northern Command in Israel.

U.N. officials testified that they repeatedly called Israeli officials to tell them to halt their attack, but that the shelling continued for an additional 10 minutes after Israel received the plea.

Said Peres, the “great statesman and architect of peace”, coldly at the time, “In my opinion, everything was done according to clear logic and in a responsible way. I am at peace.”

Ostensibly, Peres’ greatest claim to being an ambassador for pacifism stemmed from his role in the negotiations that led to the 1993 Oslo Accords which won him, along with Yitzhak Rabin and Yasser Arafat, the Nobel Peace Prize.

Even this honour rests on shaky ground, given what Oslo did to entrench the Israeli Occupation and carve up Palestine into besieged bantustans. Furthermore, Avnery believes Peres was a late addition to the laureate nomination, only included after “Peres’ admirers around the world raised hell”.

“Justice demanded awarding the prize also to Mahmoud Abbas,” he says, “who had signed with Peres. But the statutes allow only for three laureates. So Abbas did not become a Nobel laureate, too.”

The glowing tributes to Peres that have been pouring in since his passing, offer a sad reflection on the shallow understanding many continue to wallow in regarding the nature of Israeli occupation. (Included amongst these are some with historical ties to the PLO, who recurrently profess solidarity with the Palestinians).

These homages, in the words of Ben White, epitomise “the disparity between Israel’s image in the West and the reality of its bloody, colonial policies in Palestine and the wider region.”

From the era of Oslo(and prior), a semantic of peace coupled with gestures – such as those purportedly designed to share supposed Israeli prowess in agriculture and technology – have cloaked the untiring Zionist labours to colonise Palestine, “committed in the context of an institutionalised regime of systematic oppression of domination by one ethnic group over another and committed with the intention of maintaining the regime” – something the ICC Statute defines as Apartheid.

To again cite Avnery: “Shimon Peres [and by extension, Israel] is a genius. A genius of impersonation.

“All his life he has worked on his public persona. The image replaced the man. Almost all the articles written about him since he fell ill are about the imagined person, not the real one.

“As the Americans like to say: He is so phony he is real.” 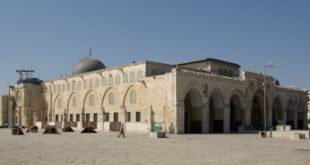 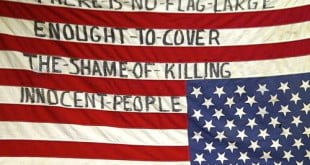 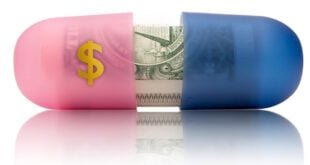