The Powerful Product of Purity 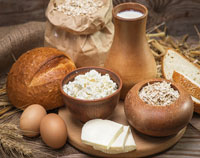 Among the prominent rulers of Afghanistan during the 1800s was a man named Dost Muhammad Khan who passed away in 1863.

At one point during his rule, he appointed one of his sons as his successor. After some time, when an enemy force attacked his kingdom, he dispatched this very son to defend the kingdom and recover the territory that was lost to the invading forces. On the instruction of his father, the son set out with an army.

Later on, Dost Muhammad Khan received the news that his son had been defeated and had fled from the battlefield. Extremely pained, grieved and disappointed, he entered his home and addressed the boy’s mother saying, “Our son has turned out to be weak and cowardly! He has suffered defeat and is fleeing the battlefield, whereas this is the time for him to show his courage and bravery! Furthermore, I have appointed him as my successor. The people will now tell me that I have appointed a weakling and a coward as my successor. This has caused me immense grief and disappointment.”

When the boy’s mother heard this, she confidently remarked, “The news that you received is incorrect. It is not possible for my son to have been defeated.” Dost Muhammad Khan was astonished and said, “I received this information through official, authentic channels. How can you sit here, in this home, and tell me that this reliable information is incorrect?”

After a period of time had passed, Dost Muhammad Khan received the information that his son had actually won the battle and was now returning home victorious! Dost Muhammad Khan was overjoyed and rushed home to inform the boy’s mother. After telling her the news, he asked her, “Tell me, how were you able to say with such conviction and certainty, while seated within your home, that the information was incorrect?”

The mother replied, “I would not have normally revealed this to anyone. However, because you have instructed me to tell you the reason, I will do so. When I conceived and I was carrying the prince, I decided that let alone haraam food – I would not even allow a single morsel of doubtful food to pass my lips. I understood that haraam food weakens the heart, causing a believer to lose his courage, strength and bravery. I thus ensured that I ate only halaal food so that he would be blessed with bravery and strength. After taking this decision, I complied with it completely, ensuring that I only ate halaal. After the boy was born, I decided to adhere to two things. The first is that I would never suckle the child when I was in the state of impurity (needing ghusal). In fact, over and above being in a state of purity, I would also make wudhu. Furthermore, whenever I was able to, I would recite Surah Yaseen while suckling him. The second is that I continued to ensure that I consumed only halaal food so that the suckling child would not be affected by the ill effects of haraam food through the milk he drank. When he marched to combat the enemy, then on account of my adhering to these actions, I had complete conviction that he would return victorious. That is how I knew that the information which you received was incorrect.”

1. When a person eats food, then the nutrients such as proteins, carbohydrates, vitamins, minerals, etc., assist his body positively. Similarly, any contaminants that may exist in the food such as pesticides, chemicals, etc., affect his body negatively. In exactly the same manner, when the food is halaal, it assists his imaam in a positive manner, and when the food is haraam or contaminated with haraam, it affects his imaan in a negative manner. As a result, the food that we eat has great influence over our motivation to carry out good deeds and refrain from haraam. Hence, when the prince was a ‘product’ of piety and purity, his imaan gave him the courage to stand and fight against the invaders.

2. As parents, what we put into our children, both literally (food and drink) and figuratively (values and morals), is what we will get out from our children. The need of the hour is thus for us to feed their bodies and souls with only that which is pure, and avoid exposing them to things that are evil and impure.

Share
Previous True Stories Proving The Evil Consequences of Free-Mixing
Next Does one’s Tahajjud Salaah break with the entering of the time of Fajr?