What is the meaning of the hadith regarding migrating to caves and valleys in the age of fitna? What should a common Muslim do nowadays to preserve his Imaan?

In the Name of Allah, the Most Gracious, the Most Merciful.

Imam Bukhari narrates in his authentic compilation of hadith that the Prophet (Allah bless him and give him peace) said,

“A time will come that the best property of a Muslim will be sheep, which he will take on the top of mountains and the places of rainfall (valleys) so as to flee with his religion from Al-Fitan (afflictions and trials).” (Sahih al-Bukhari 1/7 Qadeemi kutub khana)[i]

The scholars of Hadith state that the meaning of ‘al-fitan’ is that scenario where there is widespread violation of the laws of Allah Ta’ala. In addition, for one to practice upon Islam it is extremely difficult and the means to practice are all but gone. Such a time is regarded as al-fitan.

This hadith is not promoting celibacy. Instead, it is highlighting the last resort to preserve one’s faith. (In’aam al-Baari 1/404 Maktabah al-Hiraa)

Furthermore, if a person is trapped in the web of al-fitan and he has the strength and courage to counter these trials, then it will be compulsory for him to try his utmost to vanquish these trials. If he is weak and unable to face the severity of the trials, it is better for him to migrate. (Umdah al-Qaari 1/224 Maktabah at-tawfiqiyyah)[ii]

Let alone a common Muslim, every Muslim should constantly be striving to preserve his faith. There are some deeds every Muslim should do daily without fail to safeguard his/her faith. Below is a checklist which everybody should try and adhere to. Every night, take account of yourself and see if you practiced the ‘5 points’.

1) Men must perform their 5 times salaah in the masjid with the congregation. Likewise, women should perform 5 times salaah at home in the recommended time.

2) Recite a portion of the Quran daily according to one’s capacity.

3) Study the English translation of the Quran for 10-15 minutes daily. We recommend Ma’ariful Quran by Mufti Muhammad Shafi sahib or Tafseer Uthmani by Maulana Shabeer Ahmed Uthmani sahib (Allah have mercy on them).

4) To perform zikr (remembrance of Allah) daily. The recitation of 100 times Salawaat on the Prophet (Allah bless him and give him peace), a 100 times Istighfaar and a 100 times third kalimah some time in the morning and evening.

5) Do your utmost to fulfil the rights of people. Do not oppress or hurt anyone.

What are the different types of Mahr for Nikah and how are they calculated? 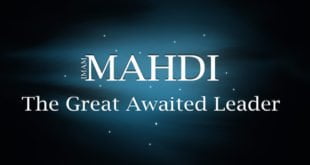 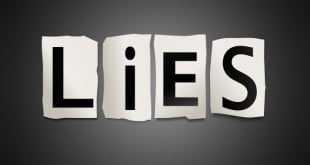 Speaking a White Lie in an Attempt to Reconcile Between People

Question Rasulullah (sallallahu ‘alayhi wasallam) has said: ‘The one who attempts to reconcile between people …

Question:   Many women, who wear the Niqab, also wear such clothing which clearly shows …