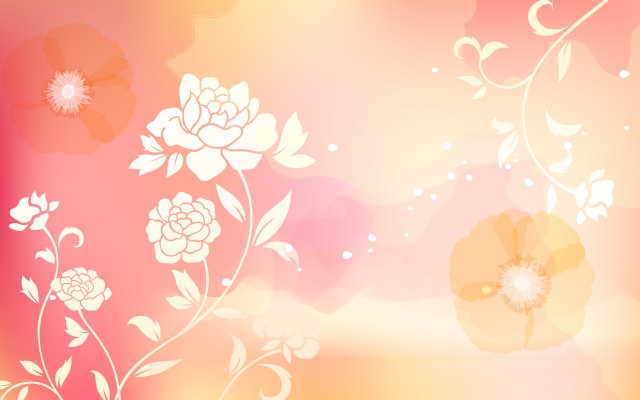 Sihr does not affect a person in a state of Wudhoo’, for he is protected by an angel sent by the Merciful (Allaah). Ibn‘Abbaas (RA) reported: “The Prophet (peace and blessing upon him) said: ‘Wash these bodies, and Allaah (‘azza wa jall) will wash you. There is not a servant who sleeps in a state of Wudhoo’, but that an angel accompanies him in his clothes; and there is not a moment that he moves in bed, but that the angel says: ‘O Allaah! Forgive Your Servant, for he has slept in a clean state.” (Transmitted by At-Tabarani in Al-Awsat. According to Al-Mundiri, the chain of transmission is very good (At-Targhib: 2/13)).

Observing Salaah in congregation secures a Muslim person from Satan, and neglecting it makes Satan dominate him. And if Satan dominates a person, he harms him with Sihr and other things which he can easily do. Aboo Ad-Dardaa’ (RA) reported: “I heard the Prophet (peace and blessing upon him) say: ‘There are not three people in a town or in the countryside who do not observe congregational Salaah, but that Satan dominates them. Remain with the community, for the wolf seizes the solitary sheep moving away from the flock.'” (Al-Bukhari: (Fath Al-Bari 3/34) and Muslim: (An-Nawawi: 6/63).)

Whosoever wishes to protect himself against Sihr should observe Salaah during the night. Neglecting it allows Satan to dominate a man. If he does, then you will make yourself a hot-bed for the effect of Sihr on you. Ibn Mas’ood (RA) reported: “When the Prophet (peace and blessing upon him) was asked about his opinion of a man who slept until Salaatul-Fajr, without waking up for Qiyyamul-Layl, he said that Satan urinated in the man’s ear.'” (Aboo Dawud: 1/150 (a sound chain of transmission).)

Sa’eed Ibn Mansoor reported: “Ibn ‘Umar (RA) said, ‘Not a man wakes up in the morning without having observed Salaahul-witr, but that a rope measuring approximately seventy cubits will be put over his head in the morning.”‘ (According to Al-Hafiz, a very good chain of transmission (Fath: 3/25))

A Muslim should seek refuge with Allaah (‘Azza wa Jalla) upon entering the toilet, because Satan takes advantage of the Muslim’s presence in the toilet in order to harm him in this filthy place which is the home of Satanic Jinn. One day, a Jinn informed me that he entered and possessed a person because he did not seek refuge in Allaah upon entering the toilet. However, Allaah supported me in driving him out of that person.

Furthermore, one Jinn told me that Allaah (‘azza wa jalla) has given us a strong weapon to conquer them, but we do not use it. I asked him what was it, and he said:

‘The invocations laid down by the Prophet (peace and blessing upon him).’

It is confirmed that the Prophet (peace and blessing upon him) used to say the following invocation upon entering the toilet: “Allaahumma innee a’oodhu bika minal-khubthi wal-khbaa’ithi (O Allaah! I seek refuge in you from the male female Satans.)” (Al-Bukhaari. (Fath Al-Bari: 1/292) and Muslim: (An-Nawawi: 4/70).)

Jubayr Ibn Mut’im reported: “I (peace be upon him) the Prophet (peace and blessing upon him) say: ‘Allaahu akbaru kabira, walhamdu lillahi kathira, wa subhanAllaahi bukratan wa asila’ three times (and): A’uzu billahi mina shaytani rajimi min nafkhihi wa nafthihi wa hamzihi (Allaah (‘Azza wa Jalla) is the Greatest, much Praise be to Allaah if, and Glory be to Allaah if in the morning and in the evening. I seek refuge with Allaah (‘Azza wa Jalla) from the Satan’s arrogance, poetry, epilepsy and lunacy.) (Aboo Dawud (1/203);)

Soon after concluding the marriage contract, put your right hand upon her forehead and say:

‘Abdullah Ibn Mas’ood (RA) said: “On your wedding night; that is on the night when the marriage is to be consummated for the first time; and before intercourse, do two rak’as and ask your wife to follow suit behind you, and say the following invocation:

9 – Protection from the Satan during intercourse

Ibn ‘Abbaas (RA) reported: “The Prophet (peace and blessing upon him) said, ‘If you say the following invocation during sexual intercourse, and a baby is conceived, Satan would never harm that baby.: ‘Allaahumma jannibna ash-shaytaan wa jannibi ash-shaytaan maa razaqtanaa’ (O Allaah! Keep us away from Satan, and keep Satan away from any blessing you bestow on us.) (Al-Bukhari (Fath Al-Bari: 1/291) and Muslim.)

One Jinn told me, after his conversion to Islaam and repentance, that he used to take part in a man’s sexual intercourse with his wife, because that man did not say the above invocation. Glory be to Allaah! We have so many valuable treasures but we do not appreciate their value.

Make Wudhoo’ before going to bed, recite Aayatul Kursi and invoke Allaah in bed until you fall asleep. It is confirmed that Satan told Aboo Hurayrah (RA):

“Whosoever recites Aayatul Kursi before going to bed, he will be guarded by Allaah (‘azza wa jalla) and no Satan will approach him throughout the night.”

The Prophet (Peace and Blessing upon Him) confirmed the Satan’s statement and told Aboo Hurayrah:

The Prophet (Peace and Blessing upon Him) said that: “Whosoever says it will have a reward equal to the manumission of 10 slaves, will have ten good deeds added to and ten bad deeds erased from his register, and will be protected by this supplication the Satan throughout the day until the evening. No one is better than he who says this supplication except a man who says more.”

‘A’oodhu billaahi al-‘ azeemi, wa biwajhihi al-karimi, wa sultanihi al-qadimi minash-shaytani ar-rajimi’ (I seek refuge in Allaah, the All-Magnificent, His Face the All-Glorious, and His Sovereignty the All-Antiquated, from Satan the outcast.) It is confirmed that the Prophet entering the mosque said, “Whenever a Muslim says the above invocation, Satan says, ‘He is defended against me for the rest of the day.'” (Aboo Daawood: 1/127)

Upon leaving the house say: ‘Bismillahi tawakkaltu ‘ala Allaahi la hawla wala quwwata illa billahi’ When you say it, you will be told (without your awareness): “You have been spared, protected and guided” The Satan will keep away from you and will tell another: “What can you do to a man who has been guided, protected and spared?” (Aboo Dawud: 4/325 and At-Tirmidhi: 5/154.)