Closeup of tear in old worn out jeans

A Leap of Faith 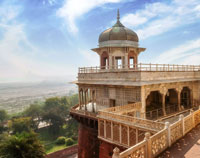 There was once a youth in the Banu Israaeel who was blessed with such beauty that people had never before set eyes on anyone as handsome as him. This youngster would sell baskets for a living.

One day, while he was going about selling his baskets, a woman emerged from the palace of one of the kings of the Banu Israaeel. On catching sight of the youth, the woman immediately turned and went back into the palace where she said to the princess, “O so-and-so! I saw a youth selling baskets, and I have never seen anyone more handsome than him!” Hearing this, the princess said, “Bring him in!”

The woman thus went out and said to the youth, “O youngster! Come inside so that we can buy something from you!” The youth unsuspectingly followed the woman into the palace, but as he entered, she locked the door behind him. She then called him further into the palace, and as he ventured further, she locked yet another door behind him. At that point, the princess emerged before him, with her face and the upper portion of her chest exposed.

Seeing his aversion and unwillingness to commit the sin, the princess threatened him saying, “If you do not do as I want, I will inform the king that you intruded into the palace!” However, he still resisted and attempted to advise her against this sin, yet she refused to take heed. Finally, the youth requested, “Give me some water to perform wudhu.” The princess was sceptical and said, “Are you looking for excuses to avoid me?” Then, she instructed her slave girl, “Place some water for wudhu at the top of the palace.”

The top of the palace was a place from which the youth could not escape, as it was approximately 20 meters high. Nevertheless, on being taken to that place, at the top of the palace, the youth turned to Allah Ta‘ala in du‘aa and supplicated, “O Allah! I have been invited to engage in Your disobedience, but I have chosen to suppress my nafs (carnal self), so I will throw it from this palace in order to avoid committing an act of Your disobedience.”

Saying this, he recited bismillah and jumped. At that moment, Allah Ta‘ala sent an angel that caught him by his sides (and lowered him to the ground) until he was standing on his feet. He then turned to Allah Ta‘ala once again and made du‘aa saying, “O Allah! If You wish, You can provide me with such sustenance that will suffice me from having to sell these baskets.” Allah Ta‘ala accepted his du‘aa and sent a swarm of golden locusts to him. He thus began to collect the golden locusts until he had filled his clothing with them.

He then made du‘aa and said, “O Allah! If this is sustenance that You have provided me with in this world then grant me barakah (blessings) in it, and if it will cause my reward which is by You in the Hereafter to be decreased, then I have no need for it.” When he said this, a voice called out to him, “This, which We have given to you, is merely one portion from twenty-five portions of the reward you were given for your patience in casting yourself down from the palace.”

Hearing this, the youth said, “O Allah! I do not need that which will cause my reward in the Hereafter to be decreased.” Allah Ta‘ala accepted his du‘aa and the golden locusts were raised and disappeared.

1. If a person sees a blazing bonfire before him, and he is offered a large sum of money to jump into it, then he will refuse to do so – even if the amount may be in the millions. The reason is that this person knows and firmly believes in his heart that jumping into the fire will result in his destruction. In the same way, when a person has true imaan, then he is completely convinced that sinning will cause him to burn in the fire of Jahannum. Hence, no matter how enticing the sin may be, he will refuse to indulge in it. In fact, he will be prepared to do anything to avoid the sin – just as the youth jumped from the palace and risked injuring himself.

2. When a person sincerely wishes to avoid sin, from the depths of his heart, then Allah Ta‘ala will grant him special assistance in staying away from sin. Hence, when the youth did all that was in his ability to avoid the sin by leaping from the top of the palace, Allah Ta‘ala sent an angel to assist him and lower him safely to the ground.

3. Allah Ta‘ala is most appreciative of our efforts, and hence He rewards us for our striving and sacrifice in the path of earning His pleasure. Thus, when carrying out any good deed, or shunning any evil, we must remember that Allah Ta‘ala, in His kindness, will certainly reward us and will not forget the effort we made for His pleasure. 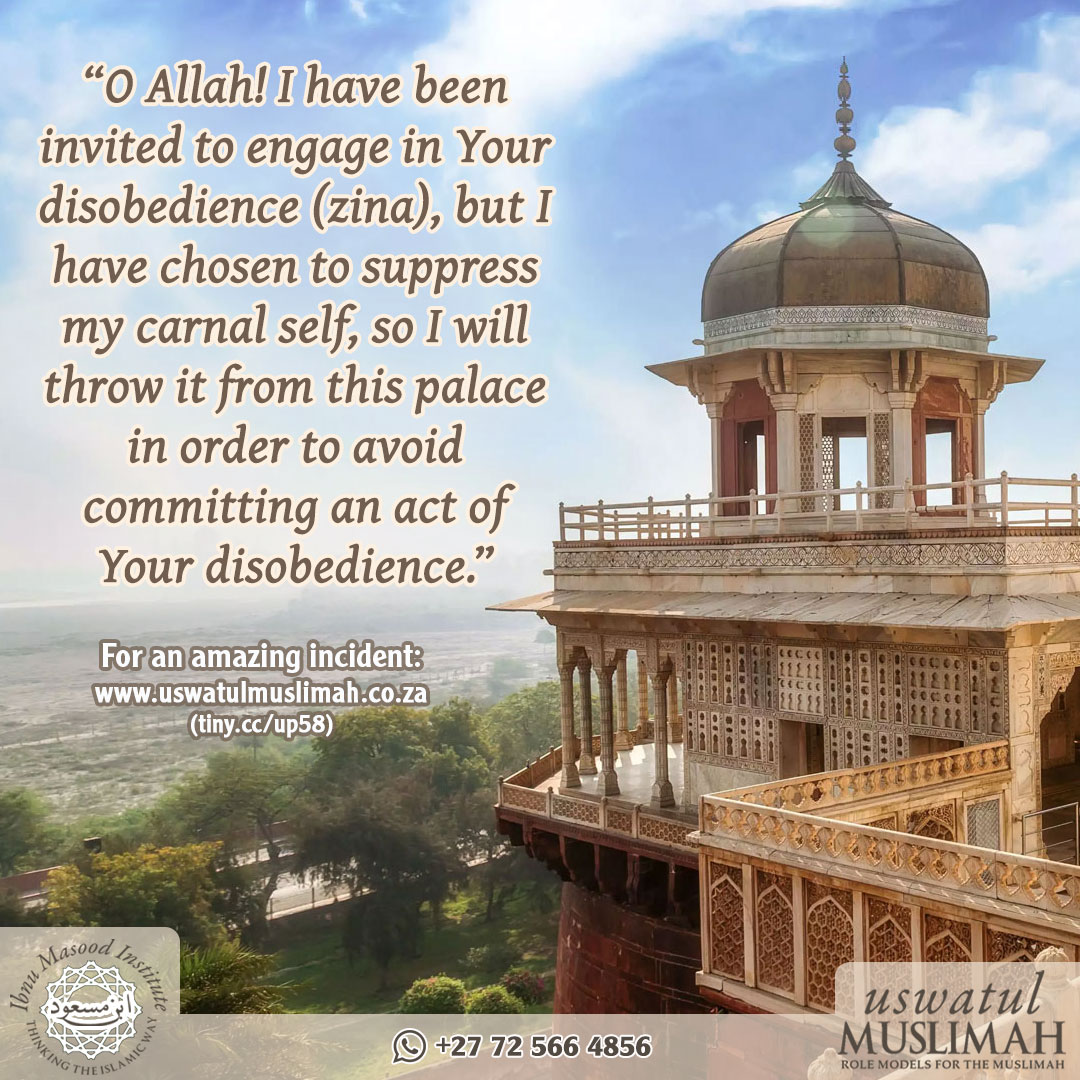