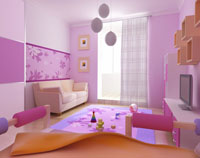 Can you please give me a wazeefah for my children? My daughter is five years old and my son is two years old. I am worried about their behaviour, especially my daughter, who has become rebellious and a bit hyper and is not doing well at school and madrasah so far.

Please give me a wazeefah that I can read on a daily basis so she becomes well-mannered and improves in her madrasah and school.

1. Your request and the problem you are experiencing are very common. My first question to parents who complain about the misbehaviour of their children is: Do you have a television/ipad? Are the children viewing television programmes?

Most often, the answer is “yes.”

If, in your case, the answer is yes, then you need to understand that television viewing is one of the root causes and primary reasons for children being badly behaved and rebellious, as well as not being able to fare well in madrasah and school.

The major content of television programmes is haraam and leads to children enacting what they see on television. It is through the television that they learn bad attitude, bad speech, disrespect and aggressive interaction with others.

Moreover, television viewing affects the child’s ability to comprehend and retain what is being taught. It is known to many, and research also proves, that television viewing leads to poor academic performance and poor health in the long term. Most parents complain of the poor memory of their young children. Yet, a child’s ability to learn is amazing. What now hinders their progress is television, video-games and the fast-paced visual stimulation.

The solution is to get rid of the television first and the ipad also.

Alhamdulillah, those who follow the advice come back with very positive results.

2. If television is not the cause, then read the following every morning and evening: 3 x durood shareef, 3 x Aayatul Kursi, 3 x Surah Ikhlaas, Surah Falaq and Surah Naas, 11 x La hawla wala quwwata illah billah and 3 x durood shareef. Blow over them. Blow on water and give them to drink.

4. The following article is a discussion on the harms of television, which I recommend parents to read http://yunuspatel.co.za/articles-influence-television.php

5. May Allah Ta‘ala make your children the coolness of your eyes, pious and righteous and a great sadaqah jaariyah for you.

Kindness in the Face of Difficulty

Every Cloud has a Silver Lining

Zina (Adultery/Fornication) Becoming Widespread Is One Cause Of Plagues