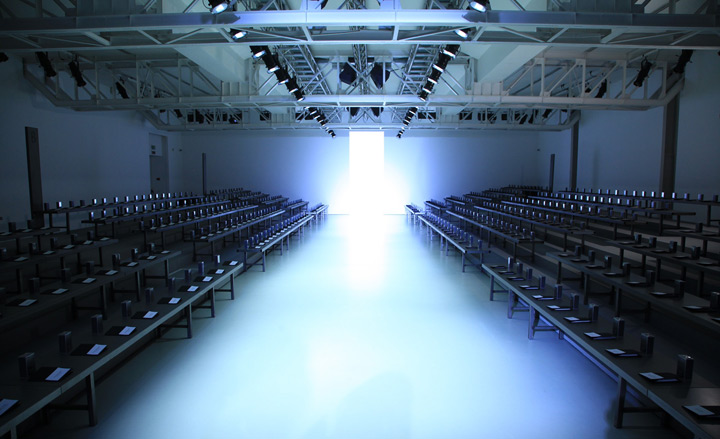 She stepped onto the catwalk, her outfit clinging to her body. She was dressed, yet undressed. She was covered, yet uncovered. Cameras flashed and music blared from each end of the arena. Heads turned and everybody looked in her direction. Some stared. Many ogled. She didn’t seem to mind the attention. In fact, she didn’t mind anything at all. It was all in a day’s work for her. This was her business. She sold her body using it to display the latest designs from around the globe.

After the show … most certainly … another sale is on the cards!

She would sell her body to those who had fancied her, at a price, of course. But she was at risk. Those who couldn’t afford her were plotting other ways of violating her already violated self. They couldn’t control themselves. They saw her and liked her. Bad luck for her, but it was her fault and the worst was still to come.

Stable, happy families were about to be ripped apart. Fathers who emotionally supported young innocent children, were about to be detached from them and husbands who once would love their darling wives with all their heart, were now torn between this wench and them. Her figure and gait would haunt them when they would look at their loyal life partners and the thought of her “charming” smile and “shy” giggle would shatter the hugs and kisses they would shower on their kids.

And as every woman and girl leaves her home she does indeed step onto the catwalk of the world. It may not be a fashion arena in Milan or a chic hotel in Paris surrounded by world class designers, fashion media and the social elite but the elements are exactly the same. The world is a jungle where the strong dominate the weak and hungry predators prowl in large numbers. A woman is prey whether she likes it or not! The “liberated” Western world teaches us how to use her to attract customers to a car or even an ice-cream!

So by allowing the unfit to look at her or the unworthy to touch her, why should she give her body away for free? Selling it was bad enough! Some things are sold to be looked at. Others are sold to be used. Both are just as awful.

A woman would never stoop so low as to share her knight in shining armour with anyone. Not even her sister. I mean, he belongs to her happily ever after. “Not just sad and bad, and just for now”. Every woman deserves that. So let’s protect the marriages of others and cover up! Lets like for others what we like for ourselves.

And mind you, covering up doesn’t mean that we are prisoners or that we are oppressed. This is our protection. A bulletproof vest is not a sign of oppression. It indicates just who is in control. It protects your vital organs from bullets and it’s used at the time of need.

An unattractive veil and loose fitting clothes in unattractive colours is meant to protect us from the evil glances and wicked advances of ‘sick’ men and to protect ‘healthy’ men from falling ‘sick’. It’s not oppression. It’s used at the time of need. When the need is over you may resume your favourite permissible outfit. Simple as that.

(Note: Permissible clothing for women refers to such garments that cover the “awrah” and do not resemble the clothing of men.)

Sure, you may receive attention when you leave your door in this manner but who doesn’t? No one’s invisible. However, what makes you different to the woman next to you is that you are dignified and respectable.

Her clothing tells a different story … yours another!

Covering up is the natural instinct of a human being and for a woman it’s a passion. The body of a woman is her private possession which she jealously guards. No one should see me. No one should hear me. No one should touch me. I’m priceless. I’m a diamond … polished to perfection. I’m not placed on a shelf neatly lined up with the others. Someone might drop me on the dusty floor. I’m not placed in a window for public viewing. Someone might get the wrong ideas. I’m kept in a velvet case. Only those who are permitted may see me with respect, with honour and with dignity.

It was a passion in the life of the Queen of Paradise – Sayyidah Faatimah (radhiyallahu ‘anha) not to allow a strange man to even look at her. On being asked: “What’s the best thing for women?” her spontaneous reply was “that they don’t see men and men don’t see them!” (Musnadul Bazzaar #526) Wow! The Queen of Paradise elegantly articulates what’s the best thing for us.

If there was anything that would stress the Queen of Paradise, it was that a strange man would lay his eyes on her. She ensured that this would never happen, even after her demise. She made a bequest that as she is carried to her grave, a frame draped with a sheet should be placed over her bier. She further advised that every effort should be made in order to ensure that no man should ever see her body shape and figure. She also insisted that she be buried at night.

And the cherry on the top … It just gets better for those who are loyal to Allah Ta‘ala and his Nabi (sallallahu ‘alaihi wasallam). Allah Ta‘ala so highly rated this passion of Sayyidah Faatimah (radiyallahu ‘anha) of covering up, that an announcement will be made on the Day of Qiyaamah to all those present, “look down and keep your gazes low so that Faatimah bintu Muhammad (sallallahu ‘alaihi wasallam) may pass!” (As-Siraajul Muneer, vol. 1, pg. 173)

Ah, what an honour! What a stamp of approval for such lofty sentiments!

So … cover up the next time you’re on the “catwalk”!

Become People of The Cave – Surah Kahf and Dajjaal (anti-christ)

In the name of Allah, the Most Merciful, the Bestower of Mercy  وَعَسَىٰ أَن …