Home | *Blog | Envy – Destroy it Before it Destroys You

Envy – Destroy it Before it Destroys You 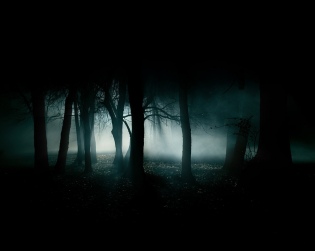 The Messenger of Allah (sallallahu `alayhi wa sallam) said: “Do not hate one another, do not envy one another and do not turn your backs on one other. But O’ slaves of Allah, be brothers!” (Saheeh Al-Bukhaari)

The intelligent one must avoid envy in every circumstance, for indeed the least of jealousy is being displeased with the Decree and wishing for the opposite of what Allah the Most High has decreed for His slaves, and thereafter the heart being wrapped in wanting to see the blessing removed from the Muslim. The soul of the envier never finds rest and his body never finds relaxation unless he sees the blessing removed from his brother. But how impossible is that! How impossible that the Decree should aid the envier and what is in his inner self.

Indeed loftiness is fine, but with it comes envy

If they envy me, then I blame them not

Before me were people of virtue who did envy (others)

What is with me remains and what’s with them remains

And most of us have died in rage at the present

I don’t raise myself over them, nor do I wish to do so.’

“Musa once saw a man near the Throne (of Allah) and so he had some ghibt (good jealousy) of his place and position. So he asked about him and he said, ‘Shall I inform you of his deeds? He never used to envy the people for what Allah has given them of His Bounty, and he was not disobedient to his parents.’ He said, ‘And how can he disobey his parents?’ He said, ‘A person curses for their sake until they are cursed by others. And he (the man) did not spread slander.”

“None is endowed with a blessing from Allah, except that you’ll find someone envying him for it. And even if a person were to be more upright than an arrow, you shall still find someone criticising him. And a word brings no harm if there is no-one entertaining it.”

Jealousy is from the characteristics of the lowly ones, and abandoning it is from the actions of the virtuous ones. Every flame can be put out, but the flame of jealousy cannot be put out. Jealousy breeds rancour & hatred and that is the origin of evil. Whoever conceals evil in his heart, it will plant a bitter fruit, its growth will result in anger and its fruits will be regret. Hasad (jealousy/envy) is the name given when a person wishes to see the blessing removed from others and instead comes to him. As for the one who sees goodness in his brother and wants to attain the same without wishing for its removal from his brother, then this is not hasad that is blameworthy and prohibited.

Abu Ja’far once said to Mu’awiyah ibn Abi Sufyan, “How quickly the people come to see you upon your arrival to Madinah!” So the leader of the faithful (Mu’awiyah) said:

‘Indeed, the noble man faces many an envier

But you will not find any to envy the lowly ones.’

‘They were jealous of the blessing when it appeared

So they cast it with statements of falsehood and lies

But when Allah does reveal a blessing

The words of the envious can cause it no harm’

There is no safety from the haasid (jealous) except keeping distant from him, and this is because the more he keeps looking to what you have been given over him, the more it increases him in gloom and envy, and having a bad opinion of Allah. Indeed, the envier does not envy you because you are evil or because of any betrayal on your part, rather he envies you because he’s gone against being pleased with the Decree.

‘I keep thinking of how I may have wronged you, but I cannot see

Any wrongdoing on my part, rather you’ve proved jealous’

‘The jealous has nothing except what he’s jealous of

And for him is resentment from all people

I see seclusion to be better for a youth

Than sitting with bad company; so get up if he sits.’

‘What has made you forget the sons of Ya’qub when they envied Yusuf? Rather hide the envy in your chest, for it will not harm you so long as it doesn’t pass your tongue and your hands do not carry it out.”

“For a person, the worst of garments is Al-Hasad (envy) because it breeds grief and sadness and it is an illness which has no cure. The envier is likely to encounter misfortune, have you not seen Iblis? He envied Adam so his envy caused him misfortune until he became accursed after having been well-established. It is easy for a person to please every angry one in this world except the envier, for indeed he cannot be pleased until the blessing which he envies is removed (from a person).”

Some wise men used to say,

“There are 4 types of people most prone to depression: The short-tempered man, the one consumed by envy, the one who mixes with eloquent men learned in literature but he himself is not eloquent or learned, and the wise man who is belittled and humiliated by his people…”

Share
Previous Divinely Protected After his Death
Next Is it permissible to receive a fixed return on an investment?