Juha, also known as Mullah Nasruddeen, was famous among the Arabs for his wit and humour. There are many incidents of Juha recorded in various kitaabs. Below is one such incident, which though humorous, contains a pertinent lesson:

One day, Juha was proceeding to the market. Juha was riding on his donkey, while his young son was walking behind. As they proceeded, they passed by a group of people and overheard them make the following remark regarding him. They said, “Look at this man! His heart is completely void of mercy and kindness! He is riding on the donkey (in comfort) while his (poor) son has to walk behind him on foot!”

Hearing this, Juha (felt embarrassed and thus) dismounted from the donkey, placing his son in the saddle instead. Thereafter, his son rode the donkey while he walked behind.

After some time, they passed by another group of people. As they passed, Juha heard them say, “Look at this young boy who has absolutely no manners, respect or shame! He is sitting on the donkey while his (poor) father has to walk behind on foot!”

When Juha heard this, he decided that it would be best for both of them to ride the donkey. Hence, he mounted the donkey behind his son, and they both continued in this manner.

A little while later, they passed by a third group of people. This group commented saying, “Look at this hard-heartedness (and cruel treatment)! Two people are riding on the back of one weak donkey! Do they not feel sorry for it? By Allah! Their hearts are void of all compassion!”

(By this point, Juha was at his wits end, so) he decided that he and his son would both walk. Thus, they dismounted, and in this manner, Juha and his son walked together with the donkey walking in front of them.

Finally, they encountered a fourth group of people who said, “Look at these two fools! They have a donkey with them, yet they are walking on foot instead of riding the donkey!”

Juha (was now so frustrated that he) pushed the donkey into a river, causing it to perish. He then turned to his son and exclaimed in exasperation, “Did you see, son? No matter what you do, you can never please everyone!” (Nawaadir Juha pg. 41)

In this incident, we see that Juha was always worried about the negative comments and baseless criticism that he was receiving from people, and thus continued trying to please them, whereas one cannot please everyone, as people have different levels of understanding, different perspectives and different inclinations. As a result, Juha suffered a double loss – he lost the approval of people and he also lost his donkey.

Thus, instead of pining for people’s approval, one’s primary concern, at all times, should be to acquire the approval and pleasure of Allah Ta‘ala. 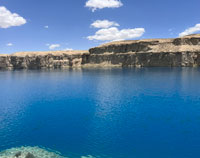 For example, if a person’s family wish for him to attend a mixed function (i.e. a gathering with no purdah, segregation, etc.), or a function in which there will be music, photography and other similar sins, then in such a case, he should ensure that he pleases Allah Ta‘ala by not attending the function, though it will result in his family being displeased.

Through one remaining faithful to Allah Ta‘ala and pleasing Him, one will acquire the divine assistance of Allah Ta‘ala. Hence, Allah Ta‘ala will suffice him against the harm or ill treatment which people wish to inflict upon him. On the contrary, if one gives preference to pleasing people, then Allah Ta‘ala will abandon him and leave him to the people. Thereafter, it is most likely that the very people whom he tried to please, and for whose sake he displeased Allah Ta‘ala, will turn their backs on him, causing him to become a loser in this world and the next.

In regard to the futility of a person making it his mission to try and please all people, Imaam Shaafi‘ee (rahimahullah) once advised his student, Yunus bin Abdil Aa’laa (rahimahullah), saying, “Pleasing people is a goal which is unattainable (i.e. you will never be able to please and satisfy every person at all times), and there is no way that you will be able to remain safe from (the criticism and negative remarks of) people. Hence, (do not be concerned about pleasing people and about their negative remarks, but rather) concern yourself with that which will benefit you and firmly hold onto it (i.e. pleasing Allah Ta‘ala etc.).” (Siyaru Aa’laamin Nubalaa vol. 10, pg. 89)

From this golden advice of Imaam Shaafi‘ee (rahimahullah), we learn that our primary focus and concern in life should be to please and obey Allah Ta‘ala. If we acquire the divine happiness of Allah Ta‘ala, then we will be successful in this world and the next.

May Allah Ta‘ala bless us all with His divine pleasure, aameen.