Retrieve your husband’s died out love

IF YOU ARE THE ONE WHO IS SUFFERING FROM YOUR HUSBAND’S DWINDLING LOVE AND YOU DON’T KNOW WHERE YOU ARE LACKING THEN HERE IS ONE OF THE PROBLEMS DISCUSSED WHICH WILL SURELY AID AND PROVE TO BE A STEP PUT FORTH  IN ATTAINING YOUR RELATION’S PEACE BACK.

ARE YOU THE WIFE WHOSE HUSBAND ARRIVED AND YOU WERE STILL BUSY SOMEWHERE ELSE?

Whenever it’s time of your husband’s arrival at home mostly from offices or work places you should get yourself unoccupied prior to that from any of your work. In other words try to complete each and every task before he steps into the house or at least give it a break to receive him. Never let it happen that he arrived and you are still busy in doing your own work and yet not giving him the attention he deserves for. Be the one who is devoted to the relation in terms of giving love and attention and yet you will receive it in return as for sure what so ever you will sow shall you reap. So, take some moments out of your precious time and receive him with your lively smile and warm heart, greet him with honeyed words and make him feel that you are really glad to have him around and then you will only see all his tiredness evaporating, his worries vanishing and ultimately the commencement of filling his heart with nothing but joy.

Therefore husband and wife relation is not limited to this fleeting world but it could be a path that can lead to the way of paradise too.

If you are neglecting him at that very moment when he needs someone who could make him feel free and worry less after a tiring day then what good is that work you are doing or what good is that food you are cooking for him or your family. Most of the women give excuses of being busy, looking after their children, cooking etc so they don’t get enough time to freshen up and welcome their husbands so here is the question for them that what good is that relation if you are unable to understand your partner’s needs and requirements. Just consider for a while that if you are neglected at that very moment when you need him due to his work then how would it be like and what would you feel then?

So don’t wait for the moment to come when he will start getting frustrate due to the disregard. Be there for him even if he does not demand by words that he really wants you to be there for him. Some are expressive so they will let you know at some point but some are don’t and that’s where the problem starts. If you are very busy and you can’t do much, just receive him with a vibrant smile, present him a glass of plain water but with love and care and spend the next few moments with him. Now this one glass of plain water alone without addition of any other thing will act as a tonic or some magical fluid that would be enough to melt his heart and even will help bringing in back the lost energy. Try it once before you disapprove this advice.

ARE YOU THE WIFE WHO RECEIVES HER HUSBAND AND STARTS COMPLAINING?

Now that is the paramount. Try to avoid telling him any bad news, complaining about children quarrels and problems, giving him any telephonic message or any such thing that will only be elevating his tiredness at that very moment unless it is not so urgent. Instead, let him freshen up and rest a bit first and then tell him time to time only the things that actually hold some importance.

Likewise dress up your kids and teach them how to welcome their father and how to behave when he is at home. Above all you need to develop some patience and gratitude in yourself as well and refrain from complaining all the time for example about not having a very luxurious life that someone else have or demanding him something which is out of his reach, about your kids quarrels etc. Give him the care he deserves and he will love you more.

I wish wives could understand it and clearly analyze it if they are lacking somewhat here and as a matter of fact I do believe minor amendments in their practice and attitude can aid a lot in attaining their husband’s diminishing love and reducing his frustration to achieve a peaceful relation.

The Key to Transform an Unkind Man into a Gentle Husband

“If the husband verbally abuses or insults you during anger, you should not reply back and should maintain silence, regardless of whatever the husband is saying. He himself will be ashamed once the anger cools down and in’shaa Allah, will not be angry upon you in future. However, if you start replying back, the anger will only increase aggravating the situation to an unimaginable scenario.”

This is the advice of Maulana Ashraf Ali Thanwi Rahimu Ulla Ta’ala, the author of a thousand books, the expert of the knowledge of Quran and Sunnah, and a scholar, very well versed with the psychiatry of women and its treatment at that time.  May the females act upon this piece of advice and make their homes a representation of the Paradise. (Ameen)

This is because being harsh tongued and replying back excessively is an illness that compels numerous men, who are weary of this habit of women, to choose an inappropriate path. Foolish women make kind husbands ruthless and mean through their ill talk and offensive language. The gentle and caring husband starts to have a bad heart for his wife just because of the fact that she is always chattering nonsense, infuriating him. One must always remember that no husband has the capacity to tolerate his wife’s harsh talk. A wife should not expect the husband to take her offensive discourse as drops of syrup and swallow them.

Hakeem ul Ummat Rahimu Ulla Ta’ala wrote a narrative that a woman used very unpleasant and distasteful language. Her husband would beat her and she would constantly chatter during the beating too. Finally distraught, she went to a knowledgeable pious man and asked him for an antidote that would prevent her husband from hitting her, make him obedient towards her, would make him love her, and that would prevent fights in the house. The wise man comprehended that the woman must be using coarse and ill language which is why she is beaten. He asked her to bring some water and that he would recite something over it. He guided her that whenever the husband gets angry, the wife should take a sip of that water, sit quietly keeping the liquid in her mouth, inshaa Allah the husband won’t beat her in future.

Therefore, this is what she started doing. Whenever the husband would be angry, she would take a sip of that water, keep it in her mouth and sit. Now because of this habit, she wasn’t able to speak or answer back, her tongue was caged. Finally, in some days, the husband got well pleased with her, and gradually, his anger completely vanished.

Now this woman came to the wise man again and mentioned that her problem had Alhamdulillah resolved. She said that the antidote given by the wise man worked so well, the blessing of that antidote softened the heart of her husband. The wise man told her that the result was the wonder of remaining silent.

Allah Subhanu-wa-Ta’ala has designed the woman, her facial expressions as well as her nature in such a manner that regardless of how major a mistake she commits, if she sincerely asks for forgiveness, man is obliged to forgive her. There is no other option left for him but to forgive.

The biggest attribute of a woman can be her soft spoken tongue, and sweet tone. The gentleness of the tongue is such a remarkable quality that has the power to impress and move people of age, or of substantial status and stature.

A person can be able to tie an elephant with a hair through the use of a soft and polite tongue. Sweetness of the tongue gives power to accomplish anything one would want to. It has the potential to influence the person it has been addressed to. This quality makes people overlook the flaws in the character or personality of a woman. If a woman possesses noteworthy traits but a harsh tone and offensive conversational style, then all her good qualities may go in vain. If a woman wants, she can, with the appropriate use of her tongue, handle her husband well, and can succeed in transforming a rude, unkind man into a sympathetic, gentle and compassionate husband.

Share
Previous The Eternal Delight of Repentance!
Next Qadha of the Aashura fast due to menses 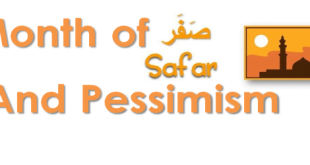 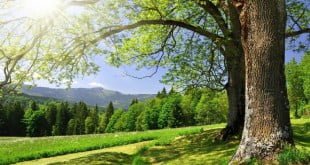 Nikah in the Month of Muharram/Safar

www.ka.org.za The month of Safar