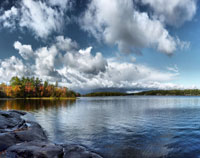 If we ponder, we will realize that the majority of our quarrels, arguments, fall-outs with friends and problems in general were linked to the misuse of the tongue. Often, a statement is made in innocence and no harm is meant, yet the words are received badly, causing great offence and pain. We thus realize that ‘I did not mean to hurt’ is not enough. Rather, we should ask ourselves ‘did I mean not to hurt’?

Some harms of the tongue have already been discussed and the essence to avoiding all these harms is one – tying the tongue. Hasan (radhiyallahu ‘anhu) has mentioned that people would say, “The tongue of a wise person is behind his heart. When he intends to speak, he first turns to his heart. If the statement is to his benefit, he utters it, and if it is to his detriment, he abstains from saying it. On the contrary, the heart of a fool is on his tongue and hence he cannot consult his tongue before speaking. He thus utters whatever comes into his mind.” (Kitaabus Samt wa Aadaabil Lisaan #424)

The people of the past truly understood the importance of gaining control of the tongue and thus disciplined themselves until their tongues were subjugated. In this regard, Artaat bin Munzir (rahimahullah) once recounted the incident of a man who controlled his tongue for forty years by keeping a stone in his mouth. The result of this exercise was that he was unable to eat, drink or speak without first removing the stone. Hence, he was unable to blurt out whatever crossed his mind on the spur of the moment. He would only remove the stone for the purpose of eating, drinking and when he needed to sleep. We can well imagine the safety from the harms of careless speech that this man enjoyed! (Kitaabus Samt wa Aadaabil Lisaan #437)

Every night, before retiring to bed, we should set aside a few minutes to engage in introspection. Let us ponder over our speech for the day and see if it has improved from the previous day. If we hurt any person, we should seek their forgiveness and make amends. The effort to restrain the tongue is an ongoing one that will only end when we are lowered into our graves. At no point in time can we become complacent and turn a blind eye, as the tongue is quick to strike.

‘Abdullah bin Mas‘ood (radhiyallahu ‘anhu) was once on the mountain of Safaa, reciting the talbiyah, when he said:

Hearing this, those present asked ‘Abdullah bin Mas‘ood (radhiyallahu ‘anhu), “Is this your statement or did you hear it (from someone else)?” He replied, “I heard Rasulullah (sallallahu ‘alaihi wasallam) say, “Indeed most of the sins of the son of Aadam (‘alaihis salaam) are due to his tongue.” (Kitaabus Samt wa Aadaabil Lisaan #18)