Suicide as seen in Islam Part 1

Every breath of a human, every moment of his or hers life in all Religious traditions, their teachings, their guidance, their viewpoints, their perspectives is worth more than a priceless gem. These breaths the human being takes in order to survive in life and the moments of life itself are like the pearls of a necklace. Just as a pearl will embellish the appearance of that neck that wears the necklace of pearls, in the same way the life of a individual is enhanced by that person who looks after the moments of his life. No Treasure trove of any Ruler, no Sultanate of any Sultan, no Kingdom of any King, no Rulership of any Queen in tantamount is equal in value to one moment of an individuals life. Life in-fact in numerous places of the Quraan, either directly or indirectly, is described by Allah as a favour on human beings.
In one verse of the Quraan, Allah says,
“ How can you disbelieve? Seeing that you were dead and He gave you life. Then He will give you death, then again will bring you to life (on the Day of Resurrection) and then unto Him you will return.” (Surah Al-Baqarah Verse 28)

Out of all the bounties Allah has bestowed upon human beings, the most precious is the gift of life. Each one us should remember that this life Allah has granted us, it is not our personal possession or our personal property. In-fact it is a trust from Allah, making us merely trustees. Because we are trustees we should utilise each and every moment of our lives in the paths that please Allah.
In one verse of the Quraan Allah informs mankind,
“And I (Allah) created not the jinn and mankind except that they should worship Me (Alone)”. (Surah Adh-Dhariyat Verse 56)
From this verse we can learn the reason why Allah created mankind.
How precious is this gift of life, we can learn through the Holy Quraan, Ahadeeth (Traditions and Sayings of Prophet Muhammad (Peace be upon him)) and the Shariah (Islamic Law).
For instance, in one verse of the Quraan, Allah says,
“He has forbidden you only the carrion (flesh of dead animals), and blood, and flesh of swine, and that which is slaughtered as a sacrifice for others than Allah (or has been slaughtered for idols, on which Allah’s Name has not been mentioned whilst slaughtering). But if one is forced by necessity without wilful disobedience nor transgressing due limits, then there is no sin on him. Truly, Allah is Oft-Forgiving, Most Merciful.”(Surah Al-Baqarah Verse 173)

In the closing stages of this verse Allah talks about one who is forced to consume Haraam (unlawful) items due to the fear of death. Allah says, then there is no sin in him. For example, one is in severe hunger, such hunger that could lead to ones death, he consumes something that is Haraam (unlawful) e.g. Carrion, on the Day of Judgement he will not be questioned regarding these Haraam (Unlawful) items he consumed in order to save his life. Similarly one is fasting in the Month of Ramadhaan and severe thirst over-takes him, again it is permissible for him to break his fast in order to saves ones life. Even if he broke the fast by consuming Haraam (Unlawful) fluids e.g. Blood, Alcohol he will not be questioned regarding this. From this verse we can undoubtedly acknowledge how precious and valuable life is in the eyes of The Almighty Allah.

The philosophy of joy and pain

Life in many people’s opinion is a journey. Some even sees it as a pilgrimage. In the Islamic perspective it is a journey far beyond death. It is like a trip around the world. We stop in many different Continents, Countries, Cities, Towns and Villages. Some bring happiness and some give us grief. The white beaches, beautiful rainforests, buildings etc would force a smile on the face of many a person regardless of what grief he is in, but the sight of the poor, war-stricken and weak will give one intense grief. Life is a test from Allah, He tests people in various ways and times. He tests some by blessing them with countless bounties to see if the servant appreciates what he has been blessed with by Allah and he shows gratitude towards Allah for blessing him with these bounties. At times Allah in his infinite wisdom, puts a person in intense grief, to see if the servant turns to Allah and seeks guidance and help.
Excellent examples of both situations are found in the life and story of the Prophet of Allah, Ayyub (AS). Allah granted him many bounties, then he gave him such illness that the people around him could not bear. Prophet Ayyub (AS) turned to Allah for help and Allah in his infinite mercy returned all the past bounties upon him. In some narrations it has been said that Allah gave him more bounties than the amount he had before his illness.
In the Quraan Allah has mentioned the call for help of Prophet Ayyub (AS). Allah says:
“And (Remember) Ayyub (Job), when he cried to his Lord: “Verily, distress has seized me, and you are the Most Merciful of all those who show mercy”. So We answered his call, and removed the distress that was on him, and We restored his family to him (that he had lost) and the like thereof along with them as a mercy from Ourselves and a reminder for all those who worship Us. (Surah Al-Anbiya Verse 83-84)
In another Surah of the Quraan Allah says regarding Prophet Ayyub (AS):
“And remember Our slave Ayyub (Job), when he invoked his Lord (saying):”Verily Satan has touched me with distress (by ruining my health) and torment (by ruining my wealth)! (Allah said to him): “Strike the ground with your foot: This is (a spring of) water to wash in, cool and a (refreshing) drink”. And We gave him back his family, and along with them the like thereof, as a Mercy from Us, and a Reminder for those who understand.”And take in your hand a bundle of thin grass and strike therewith (your wife), and break not your oath. Truly, We found him patient. How excellent a slave! Verily, he was ever oft- returning in repentance (to Us).
Like Prophet Ayyub, each and every one of us is tested by Allah in someway or another. Some turn to Allah and seek help, as in the case of Prophet Ayyub and others turn completely to the opposite side, which leaves many in grief. These people upon whom many grieve and mourn are the people who have turned to suicide.

The classical origin of suicide

Suicide, or self-killing, has been known throughout the whole of recorded history and has been a phenomenon in every culture and social setting. It was noted in the Biblical Times within the Jewish and Christian faiths. It is mentioned in the Bhagavad Gita within the Hindu faith, in classical Greece and Rome, and later throughout the Middle-Ages, when the reaction to the heresy of suicide was severe hostility from the Universal Church, whose later fathers railed against the canonical sin of despair.
Suicide occurs in every culture, not only in the Western developed world, but also in India, China and, despite severe theological prohibitions, in Islam.

The traditions of the Testaments

Within the Judaeo-Christian tradition, there are eleven instances of suicide described in the Bible’s Old Testament and one in the New Testament. Perhaps the most famous death in the former is the suicide of King Saul following his defeat in the hands of the Philistines, heard in David’s lament, and ‘how are the mighty fallen’. Saul had sought the assistance of his bodyguard to help kill himself. The soldier was horrified at the irreligious notion of killing his appointed King, and turned the sword upon himself. Saul, apparently aided by such an example, then followed suit. It appears that the avert prohibition against suicide was first formerly pronounced by Saint Augustine, who in his City of God describes the action as a ‘moral sin’.
The Church did not always condemn suicide when, for example, following some severe assault, such as rape, the victim took a ‘virtuous’ or honourable way out. She could then claim sympathy and the forgiveness of her society and family, in both Roman and Christian times.

The Qur’anic decree
As shown, neither the Judaic nor Christian parts of the Bible are there direct injunctions against suicide. However, this is not the case in the traditions of the true religion, Islam, which continues to be a major influence upon many Islamic people.
There are a few quite specific sanctions expressed in the Quraan against self-killing. The Prophet Muhammad (SAW) also assigns suicide to the lower levels of Hell.
Allah says explicitly in the Quraan,
“And do not kill yourselves. Surely, Allah is Most Merciful to you”. (Surah An-Nisa Verse 29)
In another verse of the Quraan, Allah says:
“And do not throw yourselves in destruction”. (Surah Al-Baqarah Verse 195)
The impact of this injunction still has considerable force in Islamic countries, and it may be one reason why, with the exception of Jordan and Turkey, there is no recorded suicide in national statistics of the Islamic Nations. But, in the last decade or so there has been a substantial increase of suicide in Muslims living in Non-Muslim countries, namely Britain and America.

The current attitude and dilemmas, unlike in previous times, suicide can be discussed relatively easily today, even within the mass media of the late twentieth century. For example, in the worldwide magazine Time there have been three major articles concerning suicide, which while acknowledging dilemmas, were mainly concerned with where firm baselines should be drawn, accepting without question the ‘obvious’ rationality of such actions in many situations. Yet a little more than 100 years ago, Robert Louis Stevenson, in what was considered to be a horrendous book, The Suicide Club, found himself almost at the extreme end of the case of language, because he could not describe in sufficiently villainous terms the leader of this ‘devilish’ club. Constantly, modern poets and novelist have almost celebrated suicide.

Why suicide?!?
The reasons that lead a person to commit suicide are as numerous and complex as the thousands of people who do so every year. Below are a few contributing causes of suicide:

Unipolar affective disorder (Depression)
The mental disorder usually called ‘depression’ is now described as ‘unipolar affective disorder’. The term depression is of course problematic, in that a low mood, or sometimes a feeling of emotional glumness, of living ‘out of sorts’ or ‘fed up’, is a frequent experience for many people. In this sense it is ‘normal’ and many people can feel ‘depressed’ without having depression. There is another side to this coin, where a person can feel particularly well, ‘on a high’ or with a feeling of well being. This can be the experience of a large number of people without it being felt, thought or obseverd as a problem or a disorder. A person simply feels in a ‘good mood’. 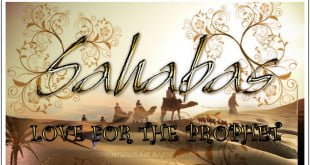 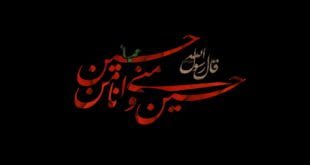 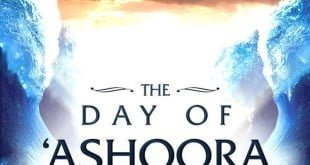