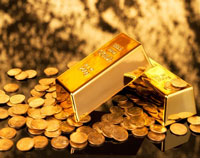 “By Allah! It is not poverty that I fear for you! Rather, I fear for you that the world will be spread out for you (i.e. it will be given to you in abundance), as it was spread out for those who came before you. You will then desire and pine for it, as they desired and pined for it, and it will destroy you as it destroyed them.” (Saheeh Bukhaari #3158)

Normally, prior to departing from this world, it is the concern of every father that his beloved children should be financially secure. For this purpose, he labours and toils until he is confident that he has left them in a state of material security. Rasulullah (sallallahu ‘alaihi wasallam) was like a father to the Ummah, and his love for the Ummah was far greater than the love of any father for his child. However, contrary to normal fathers, the fear and concern of Rasulullah (sallallahu ‘alaihi wasallam) for his Ummah was not that they will fall into poverty. Rather, his concern was the exact opposite – that they will hanker after wealth and become intoxicated by it.

Wealth is a double-edged sword. If used correctly, it can purchase our Jannah. However, it is very easy for wealth to become the means of a person’s destruction through him being wasteful, spending in impermissible avenues, becoming proud and arrogant, failing to discharge zakaat, earning it through haraam means, etc.

Hence, if we have been blessed with wealth, we should be extremely cautious regarding how and where we use it. Also, we should ensure that love for the wealth does not enter our hearts.

If Allah Ta‘ala has not given us as much wealth as others, then we should realize that this is also a favour of Allah Ta‘ala, as it makes it more difficult for us to fall into sin, since without wealth, a person lacks the means to commit many sins.