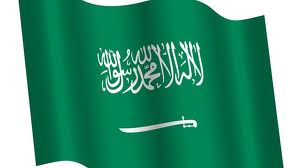 David Hearst
Monday 16 February 2015 09:16 GMT
As King Abdullah lay on his death bed his allies desperately made a failed attempt to put in place a plan to protect themselves against Salman

King Abdullah’s death was triggered by massive internal bleeding and not by pneumonia, informed Saudi sources have told me. The collapse in his health, which happened on 31 December last year, prevented the king from carrying out a plan to remove his half-brother Salman from the position of crown prince and replace him with Prince Muqrin bin Abdel Aziz. Abdullah’s own son Prince Meteb would have become next in line to the throne, the sources said.

On 31 December, the palace issued a statement which said the king had been admitted to hospital, but which disguised the severity of his condition. According to the state SPA news agency the king “entered today, Wednesday … the King Abdulaziz Medical City of the National Guard in Riyadh to undergo some medical tests.”

The king was rushed to hospital from the Rawdat Khraim resort near Riyadh, where he had been preparing to convene a meeting between the Emir of Qatar Sheikh Tamim bin Hamad Al Thani and the Egyptian president Abdel Fattah Al-Sisi. The meeting, which would have sealed the reconciliation between the two sparring states, never took place.

Had it done so, the late king would then have announced a series of decisions which he had taken and which Meteb and the head of his royal court Khalid Al-Tuwaijri had been urging him to take for some time. The decisions would have secured the transfer of power to his own son, when the crown was handed over to the grandchildren of the founding King.

Abdullah’s sudden collapse triggered panic in the Tuwaijri camp, which foresaw the consequences to them, and their partners who staged the military coup in Egypt, of Salman coming to power. Abdullah was being ventilated and under general anaesthesia, so he was unconscious.

Meteb and Tuwaijri fought to keep his condition under wraps. They tried to prevent Salman from entering the king’s room. They searched for ways to keep the original plan in play, so that the king’s decision could be announced under his name.

To get the plan out into the open, they passed instructions to the Egyptians to float the idea in their media. The Egyptian TV anchor Yousef Al-Husseini revealed in his show that a decision would be announced, relieving Prince Salman from his position as crown prince. Al-Husseini said that would be better for Egypt and went on to attack Salman’s son Mohammed for “meddling in the business of others”.

Salman fought back. His camp successfully pushed for an official statement which admitted that the king had been intubated, and thus was unconscious. On 2 January, the royal court issued a second statement which said that Abdullah was suffering from pneumonia and “temporarily needed help to breathe through a tube”. This extra detail puzzled observers at the time, but it was an official admission that the king was in no state to announce any decisions.

Tuwaijri and Meteb then tried another tack. They proposed to Salman the idea of an announcement that the king had abdicated due to illness. Salman would become king in exchange for his guarantee that Meteb would become his deputy crown prince. Salman refused to enter any discussion while the king was still alive in hospital.

This attempt continued after the death of the king and that explains why it took so long for the official news of his death to come out and the conflicting media accounts of that night. It also explains the speed with which Salman acted when he inherited the crown, announcing the removal of Tuwaijri before his half-brother had even been buried.

During that period, Tuwaijri and his ally Mohammed bin Zayed, the crown prince of Abu Dhabi, used the Egyptian media as their personal press office, and as a way to advance their intrigues. The day before the death of the king, the Egyptian Al-Nahar TV channel broadcast as breaking news a report item saying that “King Abdullah will abdicate within hours, Salman will be King, Muqrin will be Crown Prince and Meteb will be deputy Crown Prince.” This was the proposal Tuwaijri and Meteb were trying to get Salman to accept.

We know from leaked recordings of conversations that Abbas Kamil, the manager of Sisi’s office, instructed journalists directly and that he was in contact with Tuwaijri’s office. Saudi sources now point to a second man in the chain of command. He was the UAE Minister of State Sultan Al-Jabir. His job was to communicate with Abbas and TV channels and asked them to broadcast information about Egypt as desired by the UAE and Tuwaijri.

Since Salman came to power, the Tuwaijri camp has lost out. The new crown prince Mohammed bin Nayef has gone out of his way to show that the kingdom’s friends are changing. On Saturday he met the Turkish interior minister. Last week he chose Doha for his first official visit.

There have also been a number of hints that the kingdom’s policy on the Muslim Brotherhood, which Abdullah declared a terrorist organisation, is about to change.

Four days ago a Saudi journalist quoted Foreign minister Saud al-Faisal as saying he had “no problem” with the Brotherhood. “We do not have a problem with the Muslim Brotherhood; our problem is with a small group affiliated to this organisation,” he said.

He is the world’s longest serving foreign minister, so his statement last week could not have been a slip of the tongue. Then, two days ago a confidant of Salman gave an interview in which he said it was “unreasonable” to designate the Brotherhood as a terrorist organisation.

Ahmed al-Tuwaijri, a former member of the consultative assembly, denied the interior ministry had designated the whole Brotherhood as terrorists and explained the “context” around the group’s designation as an outlawed organization.

The story of the court intrigues in Abdullah’s last days, and the leaked recordings in Egypt which have come out since then, show something that was not immediately apparent in June 2013, when Egypt’s first elected president Mohammed Morsi was overthrown by his army, after mass demonstrations against his rule.

The story shows how close the connections were between one faction in the Saudi royal court, the Egyptian military and UAE. Sisi was doing their bidding and expected to be paid handsomely for it. The tone of his remarks in the leaked recordings is one of a man who is contemptuous of his paymasters. At one point in the private discussions of his kitchen cabinet, the Gulf States are referred to as “half-states”.

The long arm of the Saudi royal court applies today to the shake-up that is currently under way. Salman’s new personnel will forge new alliances, lifting the cover that Egypt’s rulers have thus far enjoyed. This could be another factor behind the release of taped recordings of deeply incriminating conversations in Sisi’s private office. Egypt’s rulers will be under pressure as never before.

– David Hearst is editor-in-chief of Middle East Eye. He was chief foreign leader writer of The Guardian, former Associate Foreign Editor, European Editor, Moscow Bureau Chief, European Correspondent, and Ireland Correspondent. He joined The Guardian from The Scotsman, where he was education correspondent.

The views expressed in this article belong to the author and do not necessarily reflect the editorial policy of Middle East Eye. 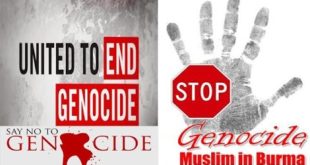