Home | *Blog | The Journey of Science 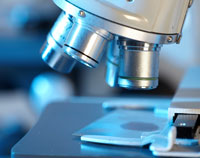 Throughout history, mankind has always continued to progress in the field of science and technology. From the invention of the wheel to the discovery of gunpowder, the advancements were slow but steady. The last one or two centuries have been different though, as in this period, technology suddenly progressed in leaps and bounds, at a pace more rapid than ever before. In a relatively short period, travelling by horseback became nearly obsolete as thousands of passenger aircrafts took to the skies and millions of motorcars sped across highways.

Science and technology not only transformed travel as mankind knew it – our entire lifestyles underwent a metamorphosis as electricity was discovered and power grids were established, leading to appliances such as microwaves, fridges, air conditioners and countless other inventions entering the scene.

In short, science and technology has undoubtedly brought much ease, comfort and convenience to our lives. Furthermore, through studying science within the guidelines of Deen, a person is able to appreciate the finer aspects of the beauty and perfection of Allah Ta‘ala’s creation. When studying the minute structure of a cell under a microscope, or when observing the vastness of the universe through the lens of a telescope, one cannot help but marvel at the power of Allah Ta‘ala and the perfect design of His creation.

However, we must remember that science is not a destination – it is a continuous journey. In other words, as science progresses, and as new research is conducted and old studies are reexamined, then established theories are debunked and accepted facts are disproven. Accordingly, concepts are adjusted, principles are amended and the textbooks are rewritten.

Thus there are countless examples which highlight the reality that as beneficial and helpful as science may be, it is often wrong. Research is regularly flawed and statistics are regularly inaccurate. Hence, it is not unlikely that the groundbreaking discovery of today will be regarded as an error by tomorrow. It is for this reason that John Ioannidis, a professor at the Stanford School of Medicine, published a paper in which he concluded that the majority of studies in a variety of scientific fields are likely to report results that are false. Furthermore, his view is not an isolated one, as a large number of researchers have accepted his arguments.

In light of this, we, as Muslims, must realize that science is unreliable. Pluto was once regarded a planet but no longer holds that status. Mercury was once prescribed by doctors as a medication, but is now banned and regarded as poisonous. X-Rays were once taken for entertainment by all and sundry at fun-fairs, but it is now known that the radiation causes cancer. If we look back at the people one hundred years ago and laugh at their facts, theories and technology, then who knows what the world will make of our scientific facts and research fifty or one hundred years from now! After all, many of the facts that we were taught in school, as children, have now been proven as false (a simple online search will provide ample examples).

In contrast to science is the divine knowledge of nubuwwah. While science is a journey, in which scientists are still stumbling as they discover the way, our Deen has already chalked out the entire path and shown us the destination. The Quraan and hadeeth are 100% true and correct and will never ever be subject to improvement, amendment and rectification in the light of new ‘research’.

Thus, if there is ever a clash between science and Deen, then we must set science aside and only follow the words of Allah Ta‘ala and Rasulullah (sallallahu ‘alaihi wasallam) as their words can NEVER be wrong. For instance, if science tells us that we evolved from apes, we will never accept it, as Allah Ta‘ala and Rasulullah (sallallahu ‘alaihi wasallam) informed us that Allah Ta‘ala created Nabi Aadam (‘alaihis salaam) in his human form, and it is from him that we are all descended.

In conclusion, we may benefit from science – but never when it clashes with our Deen. If there is any clash, our trust, reliance and belief will ONLY be in the words of Allah Ta‘ala and Rasulullah (sallallahu ‘alaihi wasallam).

Share
Previous Is it permissible for a person to forsake a fellow Muslim for more that 3 days?
Next Islam & Mental Health

“Home is where the heart is” forms a well-known phrase which we often hear. …