The Two P’s -Patience and Perseverance 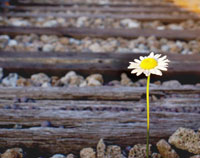 In every field, be it the field of knowledge or even the field of physical prowess, there have always been individuals who have stood out on account of their feats and accomplishments (whether those accomplishments were worth achieving or whether they were nothing constructive). Be it the person who invented the first car, or pioneered scientific methods, or discovered mathematical principles, or the person who broke the record for the fastest 100m, or the fastest swimmer, or the greatest endurance runner – all these people are generally remembered for their legacy and contribution to their field. In acknowledgement, they may receive an Olympic gold medal, a Nobel prize, or some other award and accolade.

All these achievers, however, share the common factor of the two P’s – Patience and Perseverance. They all had to start at the bottom of the ladder, but they continued to persevere, seldom taking a break, never giving up and patiently hoping for success, until years and years later, they finally had their breakthrough and saw the fruit of their efforts. In this regard, the person to whom the invention of the lightbulb is attributed once mentioned the following, after conducting thousands of failed experiments, “I have not failed – I just found a few thousand ways that don’t work.”

The point of the matter is that Allah Ta‘ala has created a system in the world. In order for a person to achieve anything, he should follow the prescribed system. If one fails to follow the system, and thereafter fails to achieve anything, then he will have nobody to blame but himself. For example, if he is hungry, he should follow the system by consuming food. If he has food but refuses to eat, then he should content himself with hunger.

As far as disbelievers are concerned, they devote their lives to objectives related to the world such as studying insects or animals, or inventing machines and gadgets, or advancing scientific studies and research. A Muslim, on the other hand, has his sight set on Paradise. Hence, he employs this very same system of the two P’s in his journey to Jannah. Allah Ta‘ala mentions in the Quraan Majeed, “Those who strive for Our cause, We will definitely guide them to Our paths (i.e. make them successful in their endeavours).” (Surah ‘Ankaboot v69)

In other words, one cannot simply suffice on making du‘aa, without making any effort, and expect to become a saint. Likewise, one cannot strive for a few days or a mere week and hope to find his life undergoing an overnight revolution. Rather, the system of Allah Ta‘ala is that one must persevere and remain patient together with making du‘aa to Allah Ta‘ala to crown his effort with acceptance and success.

Every time we fall down, we must get up and try again. If we keep trying, the day will certainly come when Allah Ta‘ala will bless us with success. 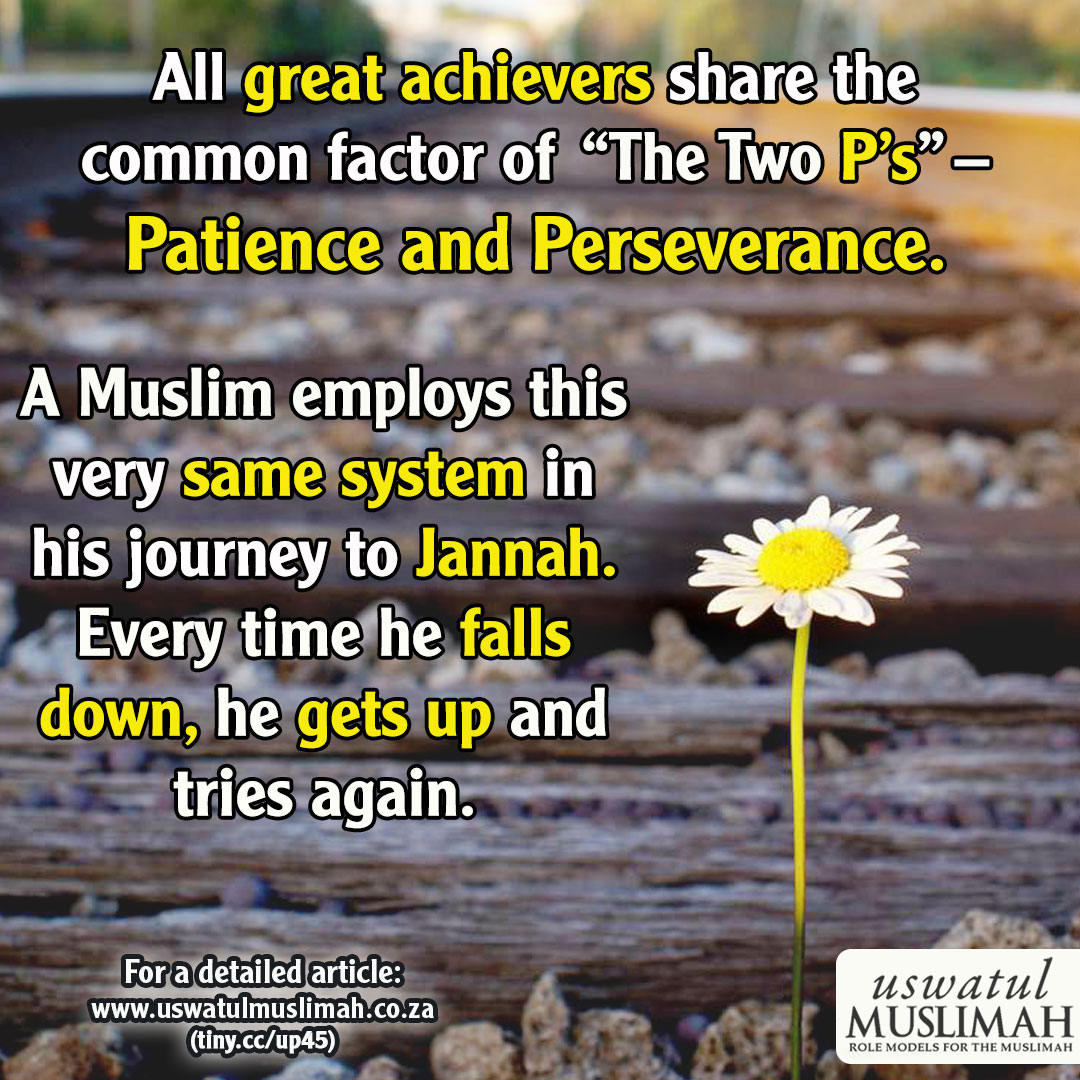 Share
Previous Turning to ALLAH in tough times
Next Can a person give charity with interest money?

Can a person be gay and Muslim?

Receive the Reward of Hajj without going for Hajj