Home | Blog | ABLUTION: ONE OF THE GREATEST ASPECTS OF OUR DEEN

ABLUTION: ONE OF THE GREATEST ASPECTS OF OUR DEEN 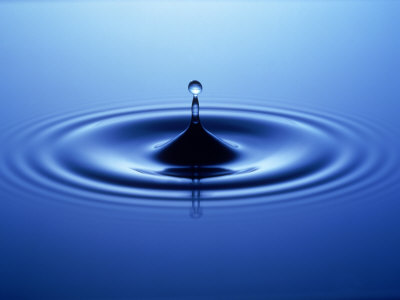 Wudhu is one of the greatest aspects of our Deen in that it is purification for the Muslim and because it has a relationship with our Imaan. Rasulullah (peace be upon him) said in the well-known Hadith, “Purification is half of Imaan.” (Muslim)

Allah (az) says: “Allah does not want to lay any hardship upon you; rather He wants to purify you and complete His favours upon you so that you may give thanks.” (Surah Ma’idah 5:6)

“He who performs the Wudhu perfectly (i.e., according to Sunnah), his sins will depart from his body, even from under his nails.” (Muslim)

“He who performs Wudhu like this, his previous sins will be forgiven and his Salaat and walking to the masjid will be considered as supererogatory acts of worship.” (Muslim)

2) Rasulullah (peace be upon him) will recognize his Ummah from their traces of Wudhu:

3) The Believers will be recognized by their traces of Wudhu on the Day of Judgment:

“On the Day of Resurrection, my followers (or Ummah) will be summoned ‘Al-Ghurr Al-Muhajjalun’ from the traces of Wudhu’.” (Al-Bukhari)

“The word “Ghurr” is the plural of “Agharr” which means shining or white. It is used for animals (like a horse), i.e., a white mark on its face. Here, it refers to that radiance which will issue from the brows of the believers on the Day of Resurrection and which will make them prominent. Muhajjalun is from Tahjil which also means whiteness but it is used for that whiteness which is found on all the four or at least on three legs of a horse. Here, it refers to that light which will shine through the hands and feet of the believers because of their habit of performing Wudhu’. This means that the believers among the Muslims will be distinguished from other communities by virtue of the radiance issuing from their faces, hands and feet on the Day of Resurrection in the same way that a horse with a white forehead is easily distinguished from other horses.”

4) Wudhu is radiance and the Believers are encouraged to increase in it:

“Whoever can increase the area of his radiance should do so.” (Al-Bukhari)

5) The adornment of a Believer in Jannah will reach up to where the water reached his body:

“The adornment of the believer (in Jannah) will reach the places where the water of Wudhu reaches (his body).” (Muslim)

6) Saying the supplication after Wudhu is a means of entering Jannah:

“Whoever of you performs Wudhu carefully and then affirms:

`Ash-hadu an la ilaha illallahu Wahdahu la sharika Lahu, wa ash-hadu anna Muhammadan `abduhu wa Rasuluhu
(I testify that there so no true god except Allah Alone, Who has no partners and that Muhammad is His slave and Messenger),’

the eight gates of Jannah are opened for him. He may enter through whichever of these gates he desires (to enter).” (Muslim)

7) Preserving Wudhu is a sign of Imaan: “… and no one preservers their Wudhu except a Believer.” (Ibn Majah, Sahih)

8) Performing Wudhu in hardship effaces the sins and elevates the ranks:

Rasulullah (peace be upon him) said: “Shall I not tell you something by which Allah effaces the sins and elevates ranks (in Jannah)?” The Companions said: “Certainly, O Messenger of Allah.” Rasulullah (peace be upon him) said: “Performing the Wudhu thoroughly in spite of difficult circumstances, walking with more paces to the Masjid, and waiting for the next As-Salaat (the prayer) after observing Salaat; and that is Ar-Ribat, and that is Ar-Ribat.” (Muslim)

“Hardship and unpleasantness here stand for the uneasiness that one feels while performing Wudhu’ in severe cold. To wait for the next Salaat after offering a Salaat is regarded as Ribat for the reason that by so doing, a person who is particular in offering Salaat keeps himself constantly engaged in the obedience and worship of Allah to keep Satan away from him.”

With these benefits in mind, let’s make it our habit to constantly be in a state of Wudhu, Allah Willing. We should try and remember these ahaadeeth during even cold days to motivate us to keep up this Sunnah and with Allah is the greatest reward.

O Allah! Make us among those who constantly purify themselves, inwardly and outwardly. Aameen Thuma Aameen.

Share
Previous Essential Downloads
Next Is using tasbeeh a bidah and can it be given as a gift?

The Prophet, upon him be peace, taught, “A time will come over people when …

Our analysis, when presented with a business venture, is meticulously thorough: “what are the start-up …